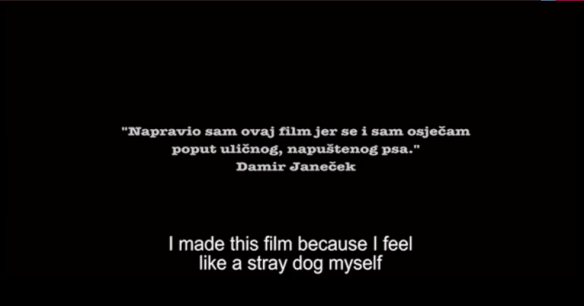 “Those who are silent, their silence makes them accomplices to evil.”

The documentary ‘KINOFIL‘ was made by Damir Janeček in 2010. It has been banned in Bosnia-Herzegovina as it shows the truth of what has been happening for strays. If the proposed amendments to the Animal Welfare Act are voted in, what you see in the film below is how it will be once again in Bosnia-Herzegovina, essentially legalising the torture and massacre of dogs.

As described by Damir: “This film is a cry for help, an attempt to stop the suffering and pain of innocent animals that have been inflicted in Bosnia and Herzegovina for years.”
(Kinofil – Damir Janecek Facebook page)

Please watch the film — in particular you will understand better the horrendous situation for animal activists in Bosnia-Herzegovina. Yes there are very difficult images to watch, but even if you close your eyes for these, there is much else that is important to see and understand, for example the situation with vets in the country and why some rescues die because they are not given adequate or soon-enough treatment.

Please do not turn away, please watch: it is on this page – http://www.cultureunplugged.com/documentary/watch-online/play/13112/Kinofil-or-Savers-of-Life

The documentary largely follows the activities of animal activist Velja Ivanišević and his animal welfare organisation, SOS, the Association of Citizens for Prevention of Cruelty Against Animals. SOS was the first animal welfare organization in BiH, founded 1998 by Mr. Ivanišević and his wife Silva. The activities of SOS are now minimized since its founders left Sarajevo 2 years ago because of pressure from BiH officials and death treats by some citizens, specially after Kinofil was filmed.

Activists still use the detailed research and documentation collected by Mr. Ivanišević. As one activist says: “Velja tried to prevent cruelty to animals, report animal abuse to police and the media in the time before Facebook and before the Animal Welfare Act was implemented. I miss Velja so much because he was the teacher. Everything is harder and more complicated when you are in a position to be a teacher.“

Please note that the killing of stray dogs and cats has always been a criminal offence in Bosnia and Herzegovina. Such actions represented a violation of the Criminal Act, and yet no one has ever been charged.

Information on how to help the activists is in ACTION TO TAKE and also, please click on the the links below to ‘related posts’, there are detailed instructions and draft letters to send. Essentially we are asking you to write letters to the BiH authorities, to EU MEPs, to the EU Eurogroup and to Bosnia-Herzegovina Embassies to demand that the Animal Welfare Act be implemented, rather than chipping away at it by allowing amendments that encourage atrocities strays have had to suffer for years. 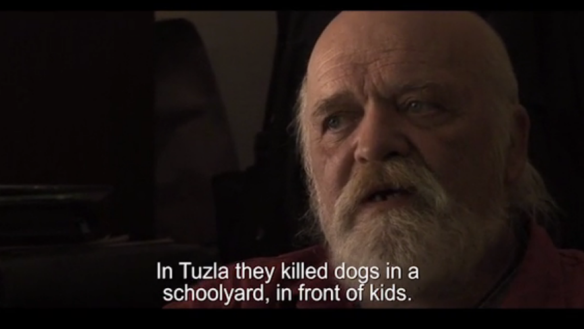 Please take 30 minutes out of your day to help the strays of Bosnia-Herzegovina.

TIME IS RUNNING OUT. Further amendments to the law can be proposed by 7th November and the second reading of the proposed changes is scheduled for 20th November.

If proposed changes to the Animal Welfare Act become effective, euthanasia would be allowed to be performed within 15 days from a stray dog’s arrival in a shelter. While this may sound like an effective way to deal with a burgeoning stray animal population, typically in BiH ‘euthanasia’ is performed by clubbing, injections of bleach, and other similarly torturous methods. Of course, there are more humane, internationally acceptable and proven methods to control the stray dog population, in particular Trap-Neuter-Return.

Dogs Trust completed a sterilisation program in June 2013, sterilizing 3000 dogs. Also there have been government funded sterilisations programs implemented in BiH. If the new amendments to the Animal Welfare Act are implemented, it’s highly likely these dogs will be taken to ‘shelters’ and ‘euthanised’, a complete waste of money. Also, please note that funds poured into government shelters are commonly misused, with none of the funds actually going to the care of the dogs.

Right now Praca Shelter in Sarajevo is undergoing investigation regarding how funds – BAM 1,000,000.00 (€500,000 or $ 700,000) – were used (recent visits to this shelter once again show absolutely horrific conditions). It is common knowledge amongst animal activists in Bosnia Herzegovina that public shelters are used for money laundering.

If the proposed changes to the Animal Welfare Law are implemented, it will simply mean it is easier for the “shelters” to continue an influx of dogs, killing them in the cheapest way possible (not humanely) and using the funds elsewhere, not for the dogs; it will mean a continued cover-up of how dogs are actually treated in these shelters and will give the ‘green light’ for generalised abuse of strays in the country. 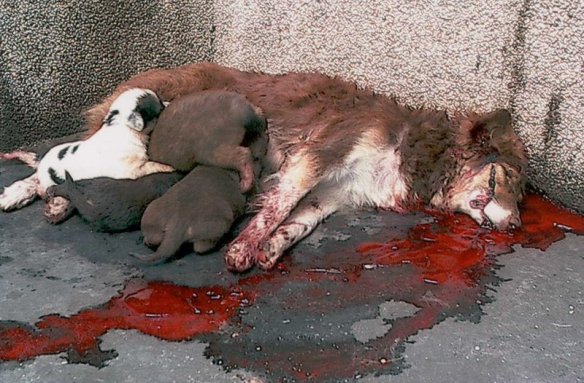 As stated in other posts, the activists need our support with donations to help them in the next days to campaign. Any amount will help, no matter how small. There is a YouCaring fundraiser especially for this:  https://www.youcaring.com/kill-law.

13 thoughts on “A CRY FOR HELP: Why It’s Critical The BiH Animal Welfare Law Is Not Changed”