The Government of Canton Sarajevo has issued a decision ruling that the dog catching service of P. E. “Rad” be formed on 11th September, 2014, with the aim of removing aggressive, ill and elderly strays from the streets of Sarajevo, and “euthanising” them.

This particular dog catchers’ service was active until 2009, using catching, torturing and killing methods similar to those that had been used in concentration camps that had existed in Bosnia during the war (1992 – 1995).

The Animal Protection and Welfare Act of Bosnia and Herzegovina came into force in April 2009, and it was then that this dog catching service was shut down: the Veterinary Inspection of Canton Sarajevo issued a decision ruling that the dog catchers of P. E. “Rad” must stop working immediately, because its methods were illegal and contrary to the provisions of the Animal Protection and Welfare Act.

However, while this dog catching service and the people enacting the crimes were criminally responsible for crimes, no charges were ever brought.

What will the restoration of this dog catching service mean for stray dogs and for citizens?

If dog catchers start working, many of the stray dogs will be killed in Sarajevo, using inhumane methods that are cheap: untrained dog catchers, wire nooses, ‘euthanasia’ by crushing skulls, injections of bleach (cheaper than the prescription drugs used in other parts of the world for this purpose) and other torturous methods. Hundred thousands of Euros for this ‘programe’ will be allocated, but you can ask yourself where this money will, in fact, be used.

If these activities proceed, citizens will meet dog catchers and witness their activities. Many people who have already witnessed the atrocities committed by dog catchers were traumatised, especially children.

This situation is illegal, it is against the constitution, it is a criminal offence. 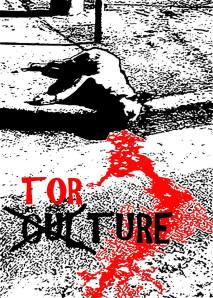 Animal welfare activists want to use all legal means to end this horror, to save stray dogs and to make sure the government implements the existing  Animal Protection and Welfare Act.

If you can help with legal fees and other associated costs for activists please send a donation to donations@awabosnia.org and mark for ‘legal fees etc’.

Also, Journalists for Animals needs support document the situation and tell the world what is happening. There is a special YouCaring for donations for this.

Donations are managed by AWABosnia, an independent group of animal advocates. On their website, Animal Welfare Advocates for Bosnia, you can set up a monthly donation via PayPal, or if you want to make a one-off donation, please go to your PayPal account (or set one up, it’s very easy) and send the money to: donations@awabosnia.org as a ‘gift’. Click on the image below to be taken to PayPal’s home page.

16 thoughts on “Stop the Killing of Strays in Sarajevo”