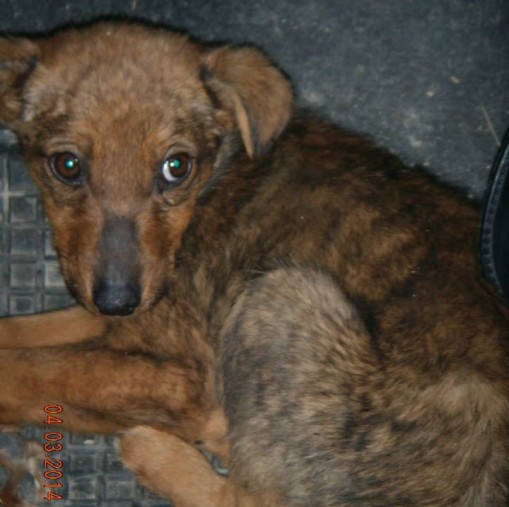 It was a long time ago when people used to love dogs in Bosnia… Dogs as well as other animals have always been victims of an evil system and evil people in Bosnia, but “ordinary” people used to protect them,  used to say that it was wrong to torture and kill animals, they used to cry when they saw injured, tortured and killed animal, they used to cry… 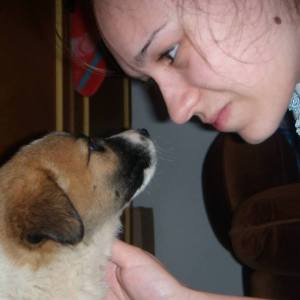 Now… Everything is different. I live in one of the most corrupt countries in the world, the country where killers and criminals live normally. People are not afraid of killers, rapers, abusers, robbers, corrupt politicians, doctors, professors. People are only afraid of dogs. Bosnian people have forgotten the war, they have forgotten how it looks and feels to be hungry, thirsty and abandoned. Frustrations are not focused on the people who are responsible for the fact that fifty-percent of our citizens are unemployed, for the fact that old people eat rubbish from containers, that criminals who enjoy living a normal life.

Frustrations instead are focused only on the homeless, hungry, thirsty and tortured animals, and especially on stray dogs. Dogs are considered to be devils in Bosnia. Bosnian people are cowards who are afraid to fight against a corrupt and evil system. Instead of fighting for a normal life, people have chosen to fight against those who do not have homes and who do not have a voice to fight for their own rights or a means to defend themselves.

Bosnia is a country of paradoxes. People and authorities only talk about a united country and how a united country is the most important issue for Bosnian people, but when the Act for the Protection and Welfare of Animals is to be implemented, people and authorities have no interest. People talk about justice, but when they must file a criminal report against offenders who commit the criminal offence of torturing and killing of animals, they do not care if justice is served, and in fact they do not want justice. People are not interested in the fact that animal abusers also kill and torture people.

Animal rights activists are also victims. They fight for Bosnian laws, but people say that they are not normal and the police chase them because they want to “protect Bosnian laws.” Another Bosnian paradox!

Dogs know everything. They know who an evil person is; they know what the real fear is… Every dogs wants a home and a lovely family. What do they have in Bosnia? They have people who feed them and try to save them from dog catchers, and they have fear…

What can we see when “THEY” arrive? We see extreme violence against those who do not have the voice and who do not have any weapon to use to stop their butchery. Butchers use all illegal and notorious methods to catch and kill dogs. Stray animals are victims of torture. Politically eligible persons construct so-called shelters for stray animals, which have the function of concentration camps. The stray animals are tortured and killed in worst possible ways, with methods the medieval Inquisition would be envious of. Animals are beaten, cut, clubbed, raped or tortured in many other horrific ways. Animals do not have water, food, accommodation, they freeze or they are exposed to extremely high temperatures. Also, animals are killed with wires, glass shreds, poison and also firearms. It is illegal and represents a series of violations of Criminal law as well as Animal Protection and Welfare Act of Bosnia and Herzegovina, but no one cares…

Do you know what we see in eyes of tortured animals? We see fear, pain and suffering, but also we see something that no one can explain. They have look which says, “My world is destroyed”, “I have been betrayed”. There are no words to explain the pain in their eyes. There are no words to explain how tortured dogs behave, how frightened they are, but only tortured animals know what they feel in their souls.

It was a long time ago when dogs used to be happy with people in Bosnia. Only the silence of dogs has remained in Bosnia.

URGENT: Dalida Kozlic faces prosecution on 19 March 2015 for enforcing the laws of the country. She will be accused of preventing dog catchers from carrying out the brutal and illegal seizure and slaughter of stray dogs on the streets of Sarajevo. Dalida’s father faces similar charges. they could be fined from €250 up to €2500, even though the law is on their side. Please donate to the YouCaring Fundraiser to help Dalida:
Please support Dalida in endless battle for Bosnian strays! Or if you prefer you can help Dalida with a direct donation via Paypal to: eldar.kozlic1@gmail.com 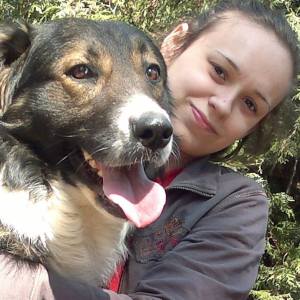 Former Military Base in Sarajevo involved in dog killing?
“DOG-CATCHERS” OF SARAJEVO CAUGHT IN ACTION!
AUTHORISED SLAUGHTER OF DOGS IN SARAJEVO
2014: What is happening to the strays of Bosnia Herzegovina?
Animal Advocates Assaulted in Sarajevo
Bosnia: Let’s Respect Animals and their Right to Life
Veterinary Office of Bosnia: is it possible to solve the problem of stray dogs?
The “Aggressive” Dogs of Sarajevo
The Campaign Begins With a Slaughter: You will kill the dogs, but what will you do with the beasts?
Stray Dogs of Sarajevo to be Killed in Election Ploy
Stop the Killing of Strays in Sarajevo
Bosnia: Sarajevo set to become the next Bucharest
BOSNIA: kill and slaughter until the dog is no more…
Bosnia Killing Dogs – No Different to Romania!
ANTI KILL-LAW FIGHT – NOW WHAT?

Donations are managed by AWABosnia, an independent group of animal advocates. On their website, Animal Welfare Advocates for Bosnia, you can set up a monthly donation via PayPal, or if you want to make a one-off donation, please go to your PayPal account (or set one up, it’s very easy) and send the money to: donations@awabosnia.org. Click on the image below to be taken to PayPal’s home page.