Yesterday, Saturday the 11th January, a protest was staged outside of the BBC in London. People of all ages came from all over England, and also from Ireland, Poland, Wales. Many brought their rescue dogs. A number of key activists for both Romania and Bosnia Herzegovina were able to attend. 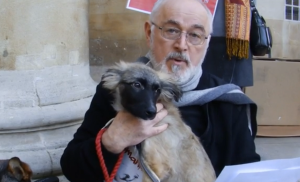 Peter Egan, actor and animal advocate who is actively involved with All Dogs Matter, a voluntary dog rescue organisation based in London, attended and made a speech. Peter and his wife Myra own several rescue dogs and have adopted a rescue dog from Bosnia Herzegovina, from rescuer Milena Malesevic. Peter sat cuddling some of the rescued dogs while he gave his inspiring speech, it was very touching. He also read a piece from Vic Ferguson, who was a NATO soldier in Sarajevo in 1995 and 1996, and who is now actively supporting the campaign against dog abuse and cruelty in BiH. Vic is responsible for creating the group Phoenix Rising, a non-profit organisation set up to support sufferers of Post Traumatic Stress through animal therapy.

This gorgeous puppy, recently rescued from Romania, was a big hit at the protest, such a sweetheart that everyone wanted to cuddle.

Official press release for the protest:

PROTEST AGAINST DOG KILLING IN ROMANIA AND BOSNIA HERZEGOVINA

UK citizens Elaine Renton and Mandy Kataria have organized a protest on Saturday, January 11th, 2014 from 1:00 until 3 p.m. outside the BBC Broadcasting House in Portland Place, London, to raise awareness about the mass extermination of strays in Romania and Bosnia Herzegovina.

If the Bosnia Herzegovina Parliament’s proposed amendments to current animal welfare legislation are passed, a legal framework will be introduced that will allow for thousands of stray dogs to be caught, held for 15 days and then killed if not claimed, including the more than 3000 stray dogs who have been sterilised by Dogs’ Trust UK in June 2013.

Dogs’ Trust, the UK’s largest dog welfare charity, has been running an intervention programme in the Bosnian capital Sarajevo since 2012, where there are an estimated 12,000 stray dogs. Dog’s Trust wrote: “Euthanasia will be completely ineffective at reducing the numbers of dogs being abandoned.”

Activists in Bosnia Herzegovina state that the proposed amendments to the law are intended to mask illegal killing of strays and other ongoing violations to current legislation, including misuse of funds intended for dogs in public shelters and for spay-neuter programs.

For Bosnia there is some hope: the Constitutional-Legal Committee of the House of Peoples have refused the amendments, and instead have recommended that an action plan for the implementation of the existing law be instituted. However the opinion of this committee was neither united, nor is obligatory and activists maintain that pressure must be continued to ensure delegates will respect this decision during the next Parliament voting session.

In Romania, however, the Constitutional Court passed a law last September allowing the euthanasia of dogs after 14 days spent in dog shelters if not adopted or perished before this time. The approval and implementation of this law has produced worldwide condemnation and a perception that Romania is a country which introduces medieval practices and governs in a draconian mode.

“Euthanasia” in dog shelters in Romania and Bosnia Herzegovina is purported to be carried out by: poisoning, strangling; burning alive; beaten to death; and injecting with bleach, vinegar, paint thinner and other chemical substances. 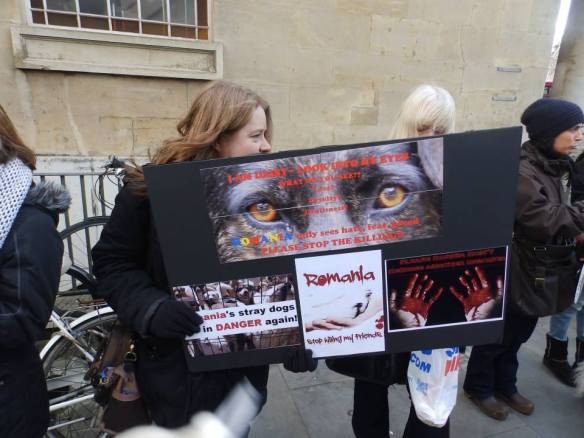 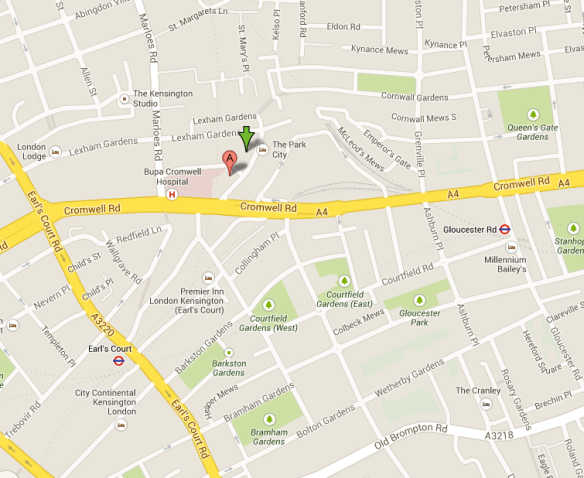 NEAREST TUBE – GLOUCESTER ROAD or EARLS COURT.
Google Map here and a screenshot of the area above.

Regarding the voting on the proposed amendments to the Animal Welfare Act of BiH, we are waiting to hear when the next vote will be. We believe sometime at the end of January. Please read this post:  One Step Forward for the Strays of Bosnia Herzegovina! 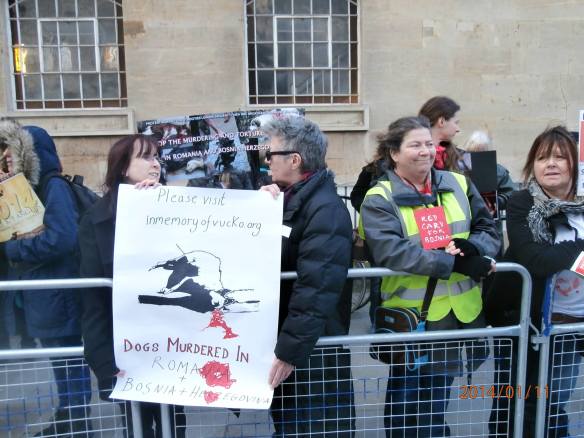 All information is in the related posts listed below. If there is anything further we can do I will keep you updated. Please help by keep writing to your MEPs, Embassies, media etc. No matter what the outcome of the voting is, the situation in BiH has been bad for strays for so long, including numerous and continued transgressions of the existing animal welfare law, we just have to keep at it, keep uncovering illegalities and keep campaigning to ensure the humane treatment of all animals in the country.

As stated in other posts, the activists need our support with donations to help them campaign. Even if the law goes through, there is much they can do: all shelters need to be closely monitored to try to ensure that any ‘euthanisation’ as required by these proposed amendments is humane and that all other aspects of the Animal Welfare Law are implemented. Any amount will help, no matter how small.

There is a YouCaring fundraiser especially for this:  https://www.youcaring.com/kill-law. Activists in BiH are doing their best to campaign against these amendments and to educate everyone in their country to the truth of what is happening. 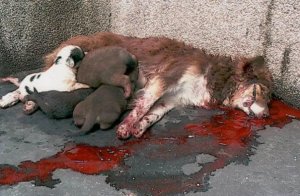