Jelena Paunović and the other animal activists returned to Hreša on the 7th of November. They found a completely deserted shelter. The dogs they’d seen there previously were no longer. However there was a large, locked container. Without police protection it was not advisable for the activists to investigate further. 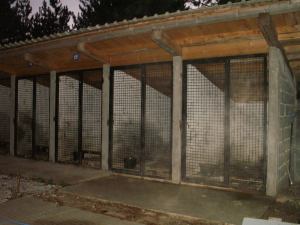 So far we have had no response at all from emails and letters to the local authorities. I know many of you have also sent letters, without response. Nor have we had any useful response from international animal welfare organisations or any journalists that we have contacted, other than from Animal-Kind International who have a partner organisation in Bosnia, BAF, which is headquartered in the Netherlands. Animal-Kind have been very supportive in all kinds of ways, but we are all stymied by the lack of support and response on the ground from local authorities. 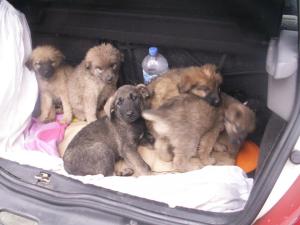 Seven puppies and two adult dogs were rescued from the Hreša shelter.

The Puppies
One of the puppies was too weak to survive. The others are doing well, but are quite traumatized. 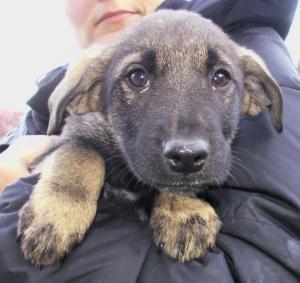 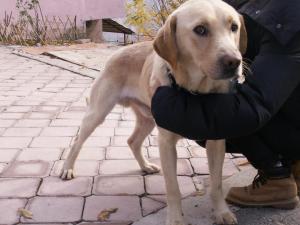 Clooney is about 10 months old. They named him Clooney because he is such a sweetheart, such a stunning and handsome dog and such a heart-stopper to all women who see him..  He behaves beautifully on a leash, is very calm, he behaves beautifully with adult dogs, puppies and cats. As Mia Ožegović, one of the activists with Jelena says, “If you ever wondered what George Clooney would look like in doggie-world, THIS is as close as can get!” 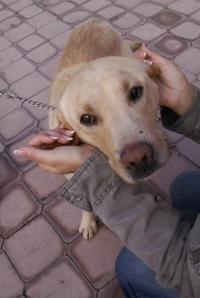 But, one of the adult dogs is shockingly traumatized… 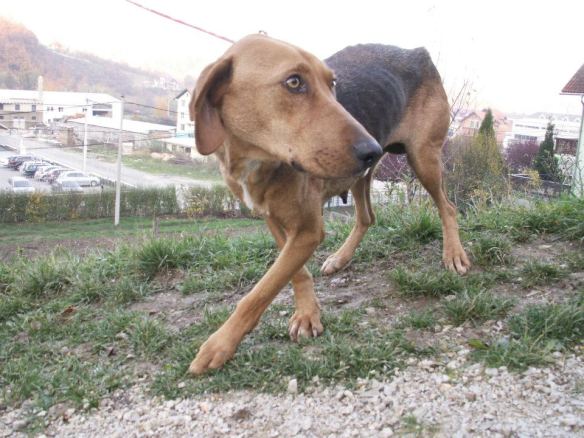 Mia says:
“I thought I saw everything…all the worst atrocities a human kind is capable to do to a living creature, especially a dog , whether in reality or on tv shows such as ASPCA on Animal planet etc. But this story …this case ….this female dog …. this is unbearable …. I’m trying not cry and trying to talk and describe her from a distance. I am trying not to let my emotions and anger and despair prevail …. I have never seen so many people cry after getting in touch with a dog that had such an abusive past as this lovely female had. Thinking of how to name her, one adjective was always coming to my mind … “It was a true GRACE that she ran out of that kennel at Hresa so we could pick her up and take her away from that hell …” I think it would be appropriate to therefore to name her Grace …. Grace was (with no doubt) heavily beaten-up over a long period of time, either by her previous owner or by the people responsible at the Hresa Shelter, but we will never know the exact truth. She is unable to walk, not because she is in pain but out of sheer fear. Each time someone makes a gesture or moves a hand quickly she immediately gets down and stays down because she thinks that we will hit her. She holds her tail as curled up as she possibly can. It took us an whole hour and a half just to make her do two steps on her own, or even to encourage her to get up from the ground and just stand. She has bite-marks all over her body, probably because the other dogs with whom she was sharing the kennel at Hresa, would fight or bite each other out of hunger. She is in such a poor psychological and physiological condition that for her complete recovery she will need a great deal of time to pass. She was brought to the very fine edge of starvation. She is a walking skeleton. You can’t call her “a dog” because she isn’t one. She is just an image of a dog, a vague and bleak image of something that people classified as “a dog”. This is a crawling, breathing, nightmare …. Soon we will post a video of her, just so you could see for yourself all this and much much more of all this that I’m trying to explain regarding Grace’s condition. she will be “a dog” one day, she will one day roam and jump and play like all dogs do. She will twinkle her tail when she sees a human being …she will …. we just have to help her become that.” 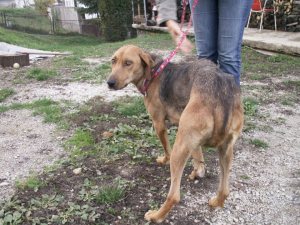 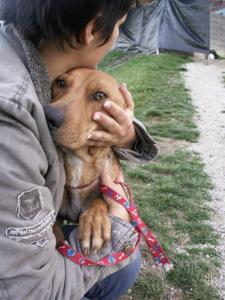 UPDATE February 22, 2013 Lovely Clooney has been adopted locally in Sarajevo.

It strikes me that it was a year ago today that Vučko was so brutally tortured.

This site is dedicated to Vučko. Read his story and don’t let him have suffered and died in vain. Please help the stray dogs and cats in Bosnia-Herzegovina. The situation there is utterly dire, Vučko is but one amongst many horrifically abused animals. Go here to find out how to help them.  Money is needed for food, medicine and foster housing.  Even just one dollar or one euro will help.