I have recently been in correspondence with Susan Johnson. Susan has a wide range of experience in animal welfare as well as in government in a number of countries including Bosnia. She worked in the US State Department and was instrumental in assisting a local NGO establish a model no kill shelter in Brcko, northeastern Bosnia. 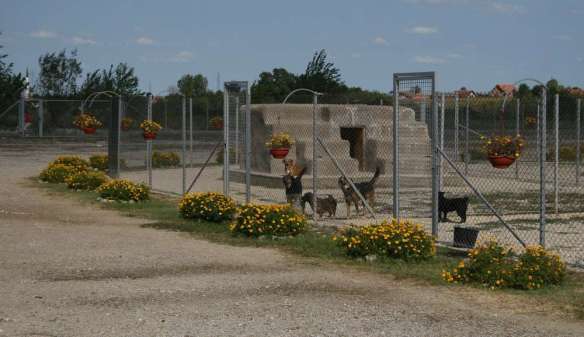 Sadly, this shelter had to close after eight years because it was subject to sabotage, threats, abuse, theft and illegitimate lawsuits seeking to hold the operators financially liable for any and all dog bites in Brcko District. Susan Johnson’s experience with this shelter and in Bosnia in general has been invaluable in helping me understand the complexity and difficulty regarding animal welfare in the country. She says:

“Bosnia – and the Balkans in general – is a very tough place for humane and effective animal (dog) control, mainly because of the difficulty in finding any local authorities who are really interested in doing the right thing, or who actually know anything about what the right thing involves.

It is fundamentally a cultural problem which becomes a political problem for anyone who tackles it.  Add to that the corruption and graft factor by which many at the municipal level have been skimming money from the budget for decades. There are consequently people and political parties with strong vested interests in the status quo.  They resist change – including with threats, harassment, false accusations and other dirty tricks.  If you look at the amount that different municipalities budget for stray dog control and the abysmal results you can see that a lot of fingers are in the pie.  Considerable amounts are skimmed off with individuals getting considerable amounts ranging from a few thousand to $5000, $10,000 and in some case much more.

There are no controls on numbers so local authorities can say that “we collected 4000 dogs and euthanized them” when actually the number was far less.  Or else they do kill them, but brutally – not through any Western concept of “euthanasia”: By clubbing, poisoning, shooting, starving and even just freezing them in industrial freezers.  They have false invoices, inflated numbers, and all sorts of shenanigans.

Probably measurable progress will depend on some generational changes in local leadership and some public education that must come from Europe and the United States.

Other options are shining the sunlight on atrocities to “name and shame”, which depends on good investigative journalism by journalists who understand Bosnia and the Balkans. Not easy to find.  Legal action is more iffy given the lack of independent judiciary in Bosnia.

All of this is why after about 8 years of trying to work this issue, I decided to implement an exit strategy and move the 101 Bazil dogs from Brcko (Birchko) District to a new site closer to the Belgrade international airport for easier access for international adoption, and in a municipality where local authorities might actually be interested.  But this is northern Serbia, not Bosnia. I was pushed to do it last year because international supervision of Brcko was ending and there were local plans to take over the shelter and kill the dogs. Will the new site be better?  Time will tell but initial signs are hopeful.

Not very encouraging I am sorry to say.  It seems that Bosnia is not yet ready for even the beginning of a systemic solution.  I am tempted to conclude that the best investment is in public education about responsible dog ownership and humane treatment of all animals. And finding ways to support any indigenous groups who are doing it right.  Bosnia and the Balkans badly need some examples that are local.”

At the moment I only know of three shelters in Bosnia where there is a consistent track record of dogs being cared for well, one in Orašje, which is given support by Animal Kind’s Bosnia Animal Foundation (http://www.animal-kind.org/bosniaanimalfoundation.html) and two private shelters. More about dog shelters in the county can be found here.

What can we do? I don’t know. We can keep writing to the EU Parliament and organisations like the OIE World Organization for Animal Health, we can keep writing to the Bosnian authorities, and to western embassies in Sarajevo, and we can write to the international media in the hopes that the Bosnian government changes the desperate plight of stray dogs (and stray cats) in the country.

Currently Animal Welfare Advocates for Bosnia is focussing on homing the 20+ rescued stray dogs we are sponsoring in pension and foster. After this is complete we hope to raise funds for spay-neuter programes as this seems to be the only immediate step that can assist the situation from spiralling even more out of control than it is. 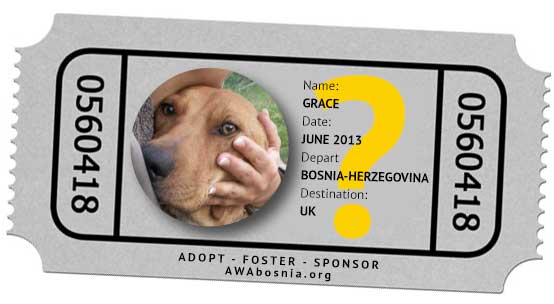 8 thoughts on “Dog Shelters in Bosnia: A Complex Situation”