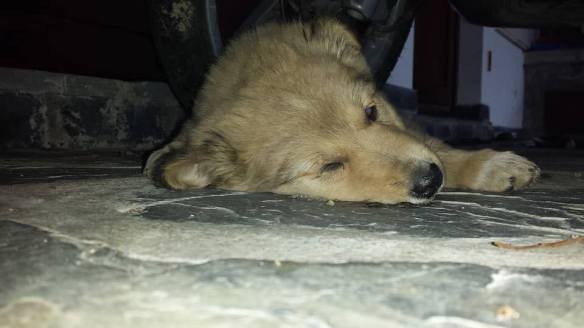 Some people have never heard of Macedonia. Macedonia is a country in the Balkan peninsula in Southeast Europe which was part of former Yugoslavia with Bosnia and Herzegovina, Serbia, Croatia, Montenegro and Slovenia. After Yugoslavia split in a brutal war, Macedonia became an independent country.

Like other Balkan countries Macedonia is an extremely divided and corrupt country. It has political issues because of its national structure and also has problems with the transition and not being able to assimilate and open up to western values and standards. 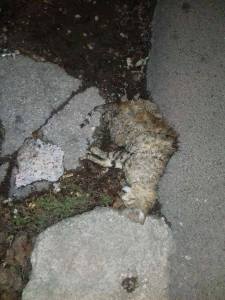 The citizens of the country suffer because of all these things, but those who suffer the most are animals, especially stray animals.

The Act on Protection and Welfare of Animals of Macedonia is strict and provides solutions for solving the problem of overpopulation of stray dogs, but as in Bosnia, Serbia and Croatia, despite good legislation, stray animals are killed illegally – mostly because of money laundering in public “horror” shelters. And, authorities do not want to implement the law, because their lucrative illegal killing of strays would have to cease.

One of the most “popular” and most brutal methods of killing of stray dogs and cats in the country is mass poisoning. This has been taking place in many Macedonian cities including the capital city of Skopje.

A few days ago, after an owned dog, a pet Rottweiler attacked some people in Skopje, a mass poisoning of stray dogs started once again.

Poisoned food is being placed everywhere on the streets, in parks and even in the school yard where children play. Dozens of stray dogs as well as pets have died. Poison for rats is generally used and it causes a painful death and it is extremely difficult to save poisoned dogs and cats.  Only one dog has survived so far. 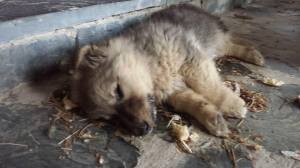 Activists and citizens are patrolling the cities trying to find the perpetrators and to collect as much poison as they can to prevent further deaths, but it seems a “mission impossible” because poison is everywhere and more and more dogs and cats are dying every day.

The main problem is that there are not enough activists and organisations in Macedonia who can deal with this horror on their own; and the media portals are supporting and encouraging this massacre.

There are no pensions like we have in Bosnia in Macedonia and there is no infrastructure to move so many dogs to safety from the streets. Activists are desperate and we must bring international focus on Macedonia as we do for Bosnia.

Activists organised protests. They are trying to bring some attention in order to stop this massacre and they can’t do it on their own – they don’t have the experience rescuers and activists have in other countries of the Balkans. Please share this blog so people know what is happening in this country.