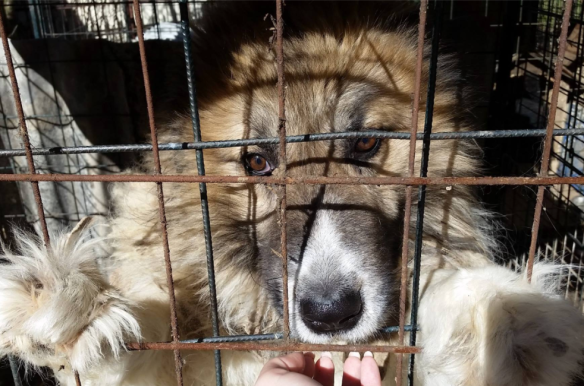 It is estimated that there are about 600 million stray animals in the world. Every year the 4th of April is marked as “World Stray Animals Day”.

Stray animals are the ones that live on the streets without having an owner, or that have lived their lives without being domesticated. Stray animals usually feed on any rubbish that is left outside, which is why you find them close to populated areas. Some of the animals, although living wild on the streets, are fed by people. This is why they are sometimes known as “community animals”. 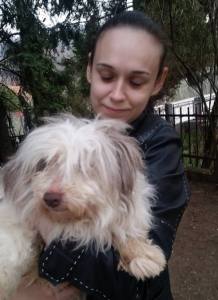 Many hundreds of thousands of animals worldwide have been poisoned, clubbed to death, euthanized or killed in other ways to solve the stray dog problem. But all these barbaric methods only lead to a short term decrease in the population density (the World Health Organisation
and the WSPA released a report stating the
most effective method is a combination of:
sterilisation, education on responsible dog ownership, and registration – identification of both animal and owner).

The 4th April, the World Stray Animals Day, was a sad day for all rescuers, so too are all days in the year.

All of you who have read my articles know them to be realistic and factual reports of a lawyer about the situation for stray animals in Bosnia and Herzegovina. My intention has always been to present you with facts as well as the legal background of happenings here and the concrete actions which can be done to help Bosnian animals.

When I started writing about the World Stray Animals Day and events in Bosnia, I wanted to present another realistic picture with all the needed facts, but there were some things that I cannot get out of my mind…

Being a rescuer in Bosnia is tough work. I have written many articles about this such as “The Silence of dogs” and “When activists do the work of the authorities”. 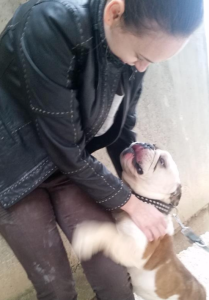 I often read the posts of my colleagues. I read about the animals they have saved and sometimes when we have time, we sit and talk about everything that is going on. I have noticed that none of us talks about the future, we all talk about the past or the present. We see no future.

This text isn’t about us, this text is about stray animals and the need to emphasise their suffering as well as the suffering of all animals every day, not only on days when there is some “special” (usually sad) occasion.

I am writing this because dark shadows of a dirty media campaign against stray dogs are appearing here again. General elections should be held in October 2018 and a few big scandals have happened in the past few months. Politicians need some subject to occupy the minds of primitive people and to spread fear.

They have been talking about a new war a lot recently, but obviously people don’t buy this spin anymore and after hearing and reading stories about a new war and political scandals, arrests and published articles about criminality of politicians, I have noticed headlines about “dangerous stray animals” again.

Dogs are a channel for the anger that people should feel towards those who are responsible for the way we live today. Dogs have become public enemy number one and the lightning rod for a society which suffers from all kinds of problems. If this society thinks about how to kill as many dogs as possible rather than how people can make a living, here the problem starts. We are a psychopathic society which suffers from mass aggression and a society that has misdirected its aggression. 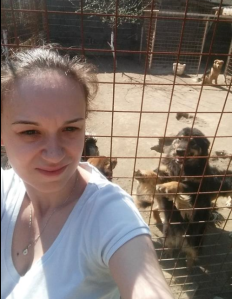 The authorities don’t want to give up on making the situation worse for stray animals, but the rescuers won’t give up our fight to save them.

Animals suffer in silence and making the difference is the biggest thing we can do. Making a difference means being their voice. We must be their voice as well as their saviours.

Saving one life makes a difference; every saved life is worthwhile and important. Being the voice of animals is something that can change things for all animals, and that can end this nightmare once and for all.

Only by full implementation of the Act on the Protection and Welfare of Animals, will misuse and illegal killing in shelters and by hygienic services be prevented.

At this moment, animals are being caught and killed by dog catchers, hunters, psychopaths, utility workers and many other awful people who are ready to do everything for money here.

At this moment, only social networks are presenting the facts about massacres in Bosnia.

At this moment, only rescuers take care of stray animals thanks to help of good people.

At this moment, we are left on our own to fight against corrupt authorities.

At this moment, animals of Bosnia have you and us.

We need to change this, we must draw the attention of international media, organisations and embassies. “In Memory of Vucko” is the biggest online database of Bosnian horrors that can help all of us to find a way to influential organisations and politicians. If we had achieved this in 2009 when the Act on Protection and Welfare of Animals was enacted, we could achieve this now too.

As an experienced rescuer and lawyer who knows our situation deeply, I am frightened to admit I feel in the next period of time we will face a new aggressive campaign which means even more dog catchers and killers.

If you want to support Dalida in her work, what she needs most is support to keep her rescues safe so she can not worry about fundraising and focus on her legal work fighting for the rights of strays of Bosnia. You can send money via Paypal to: eldar.kozlic1@gmail.com and you can join her Facebook group.

Unimaginable cases of torture and killing of stray animals in Bosnia
New Risk of the Law Changing: the Strays of Bosnia Will Suffer!
Mass poisoning of stray dogs in Zenica, Bosnia
Hunters Killing Dogs Again
Seven Years of Lobbying for National Pet Register in Bosnia Comes to Fruition
Dogs Have Become Public Enemy Number One
Money laundering behind killing of stray dogs in Sarajevo
Evidence of crimes against dogs ignored
Illegal Catching and Killing of Dogs in Sarajevo
Terror for strays on the streets of Sarajevo
Monstrous Killing and Injuring of Stray Dogs in Zenica, Bosnia!
The responsibility of an animal rescuer

Funds are needed to help individual rescues, for spay-neuter projects, for education also to continue advocacy work in Bosnia, uncovering the truth about what is happening there. Donations are managed by AWABosnia, an independent group of animal advocates. On their website, Animal Welfare Advocates for Bosnia, you can set up a monthly donation via PayPal, or if you want to make a one-off donation, please go to your PayPal account (or set one up, it’s very easy) and send the money to: donations@awabosnia.org. Click on the image below to be taken to PayPal’s home page.

2 thoughts on “World Stray Animals Day in Bosnia and Herzegovina”